Our one of a kind hand-painted Morley piano came to life at the ‘Love Wimbledon‘ Autumn Arts Market weekends in 2018 & 2019. This unique piano also comes with:

The Morley name has been involved in London music making for centuries, initially at the Chapel Royal, Westminster Abbey and St Pauls, Thomas Morley, Master of the Queens Music in Elizabethan times was not the first but certainly the most famous.

James Morley started a music lending library in Greenwich in 1796 which continued for many years under the ownership of his daughter Ann Marie. His sons made and sold musical instruments in their own shops and workshops, especially pianos, and his grandson Robert moved to Lewisham and started Robert Morley & Co in 1881.  The company continues to this day in the ownership and under the direction of John Morley and his daughters.

At first, Robert Morley started in the business by selling a broad range of pianos including Broadwood, Bechstein, Bluthner and Steinway. Within a few years he had, with the help of his sons Edgar and Frank, set up a factory in Lewisham to make his own pianos. During the 1920’s demand for the traditional large upright piano fell away as more and more new houses were built with lower ceilings and smaller rooms. Demand soared for smaller, more compact upright or grand pianos which provided a better acoustic balance and visual appearance. Robert’s grandson, Douglas, having travelled through Europe and North America returned to design and make a completely new range of pianos which proved to be an immediate success during the 1930 period.

This piano was made in 1962 by Morley using a Knight K10 iron frame. The piano came to Hanna Pianos recently whereupon it was then reconditioned and serviced in our workshop in 2018.  Later that same year it was taken to the Wimbledon piazza for a very special weekend as part of the Love Wimbledon Autumn Arts & Crafts Market. Here it was hand painted by local artist Sheri Lennon as well as some very handy local children who each placed a painted hand print on the sides and back face of the piano. 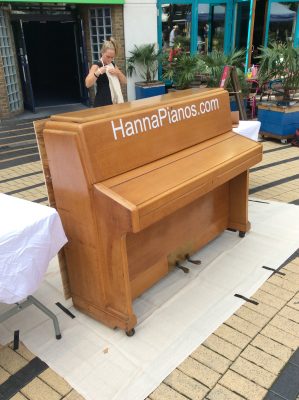 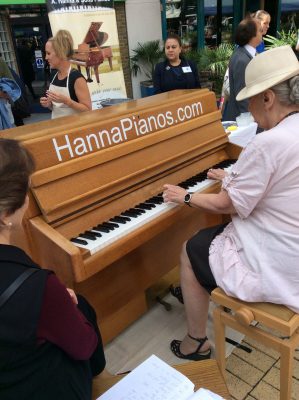 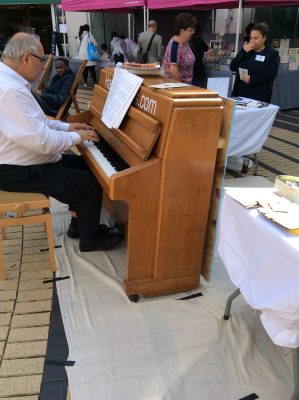 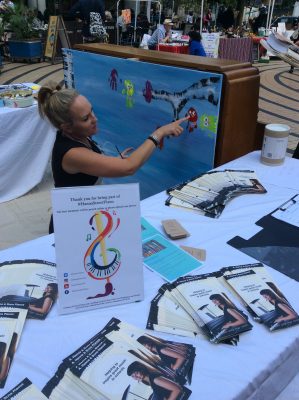 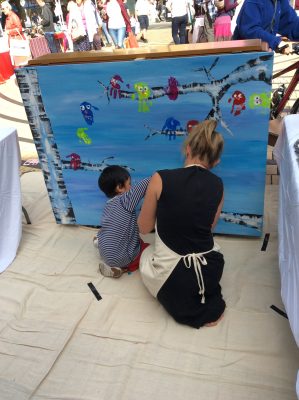 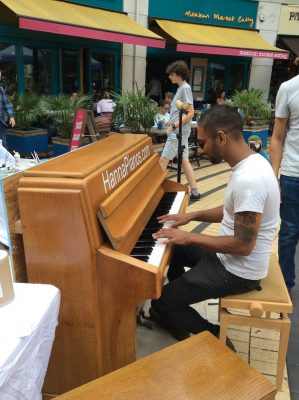 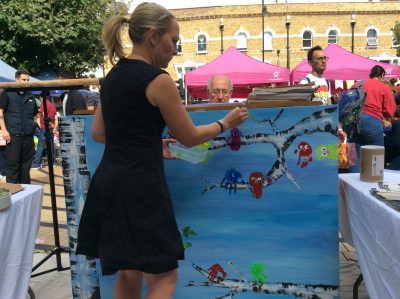 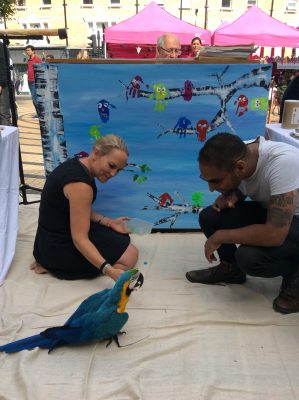 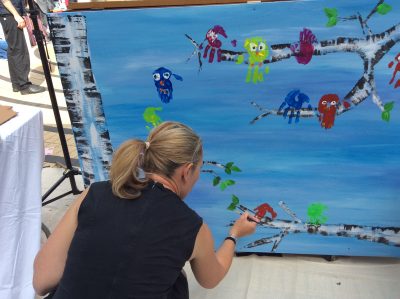 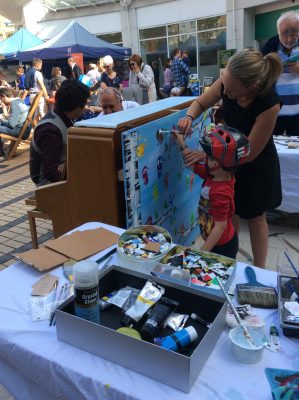 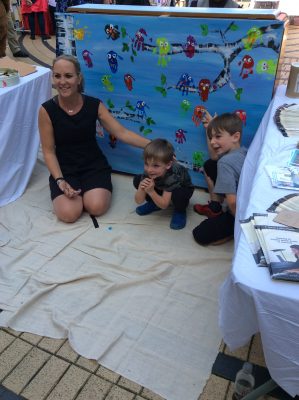 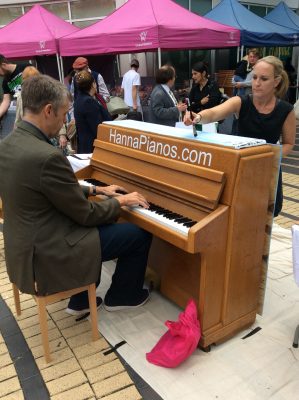 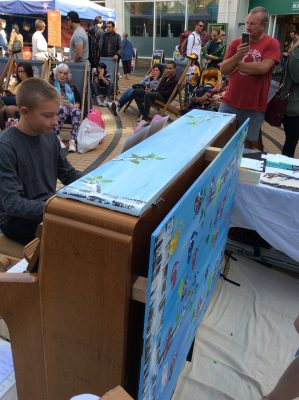 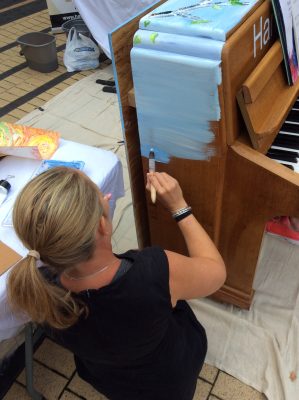 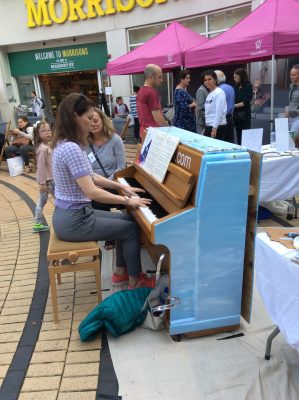 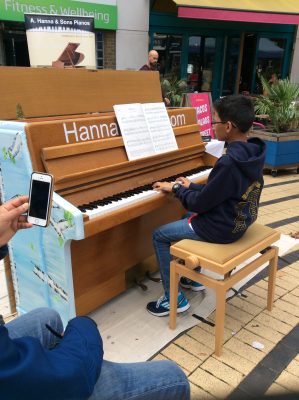 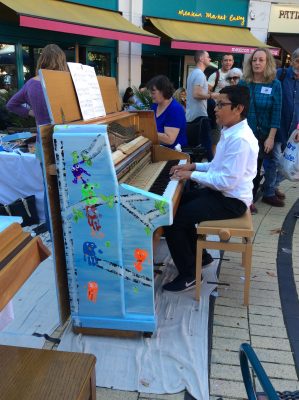 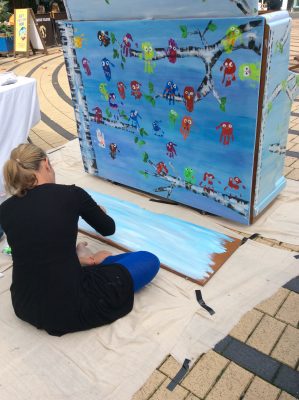 In September 2019 A. Hanna & Sons Pianos was honoured to be invited back by the Love Wimbledon team. Together with a plethora of talented local performers, this piano was welcomed back to the Wimbledon piazza for the course of a brilliant September weekend. Performers of all ages and styles were invited to entertain the passing crowds, and the public were delighted by their playing. 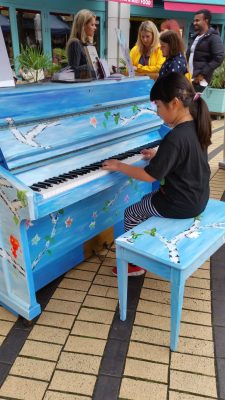 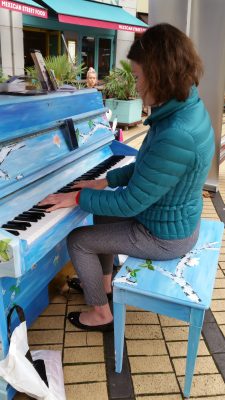 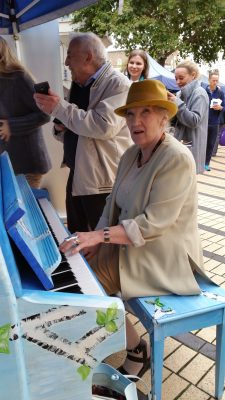 Now this brillantly unique piano is available to buy from our Wimbledon showroon, and we can’t wait to see what the next stage of its journey will be!