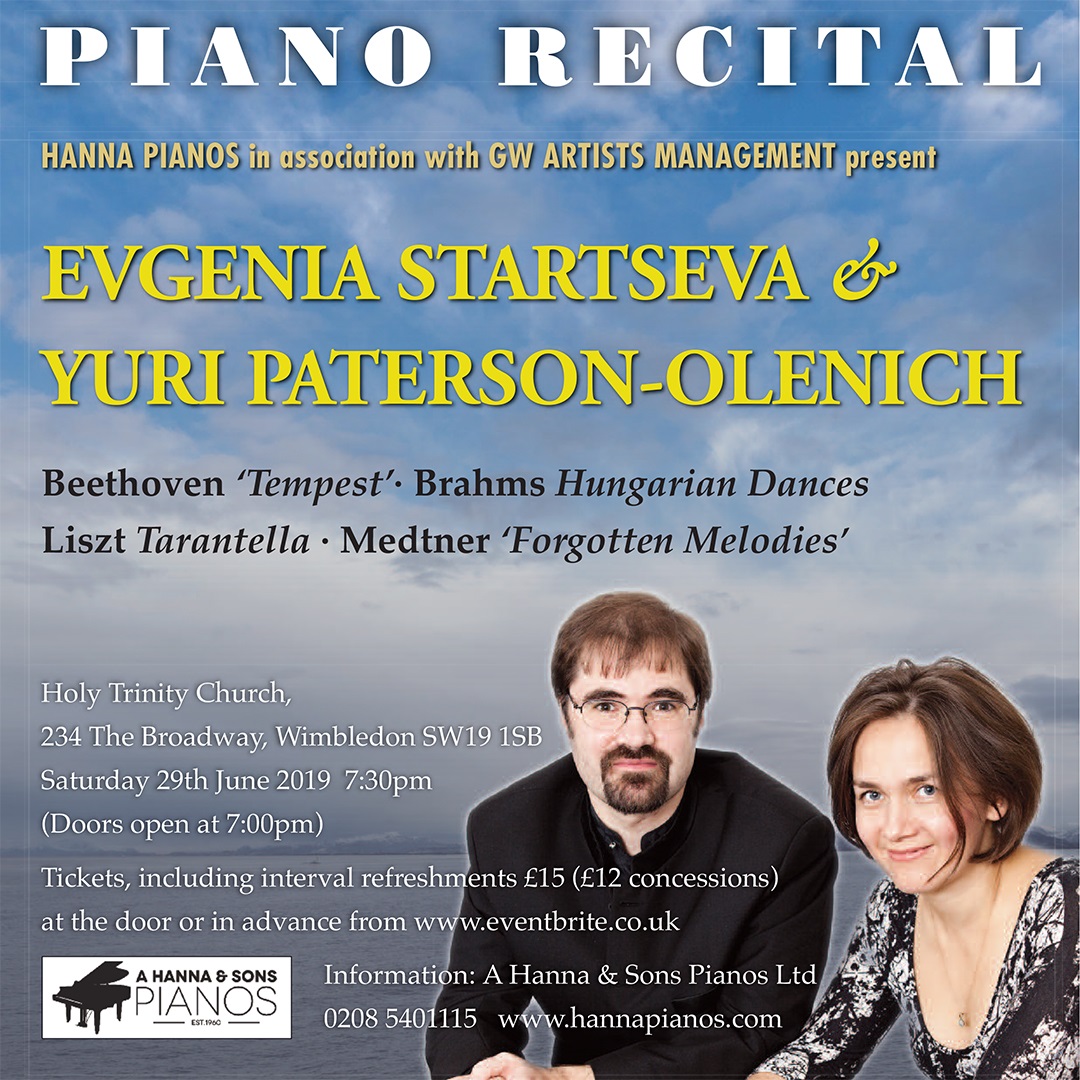 Posted at 15:53h in Events by Catherine 0 Comments

The concert featured a beautiful programme of pieces from Beethoven’s ‘Tempest’ to Medtner’s ‘Forgotten Melodies’.

The audience was amazed and stunned at the expertise and talent on show, and huge praise was bestowed upon both performers.

Yuri Paterson–Olenich was born in Brighton and began his studies in the UK. He then travelled to continue his music studies in Moscow.

Following the success of his recording ‘Scriabin: Late Piano Works’, he was invited to record a double CD of music by Rachmaninov. This was awarded Editor’s choice for Gramophone Magazine and Disc of the Week for BBC Radio 3’s CD review programme.

Yuri is a pianist who likes to maintain a wide repertoire including mainstream pieces as well as more unusual works. He also enjoys performing music by living composers. As admirer of the visual arts, he has a specific interest in music inspired by visual elements.

Now settled in London, Yuri is routinely invited to take part in concert series, and festivals in the UK, Europe and Russia.

Evgenia Startseva is a pianist with a career that has launched her world-wide. She studied firstly in Russia before travelling west to the Musikhochschule in Germany. She now performs as a soloist and as part of several chamber groups.

As well as regular UK concerts, Evgenia has also performed in Russia, Europe, South Africa and the US. She has played in many famous venues across the globe including the Royal Albert Hall in London, Megaro Hall in Athens and the Walt Disney Hall in LA.

She has featured in numerous broadcasts for radio and TV as well as releasing several solo and chamber recordings.

This piano recital will mark the first in a long series of concerts. We are aiming to bring a variety of piano music to Wimbledon and the surrounding areas. Stay tuned to our social media and news posts for updates!

Hanna Pianos and GW Artist Management would like to thank Yuri and Evgenia for their support and excellent performance. We are also very grateful to Holy Trinity Church for the use of their church hall, and all the helpers who assisted with setup.

Lastly, but by no means least, we must thank the audience. Your support of this concert inspires us to do this again, and we are so thankful you could make it. We hope you had a wonderful night and we will see you soon!